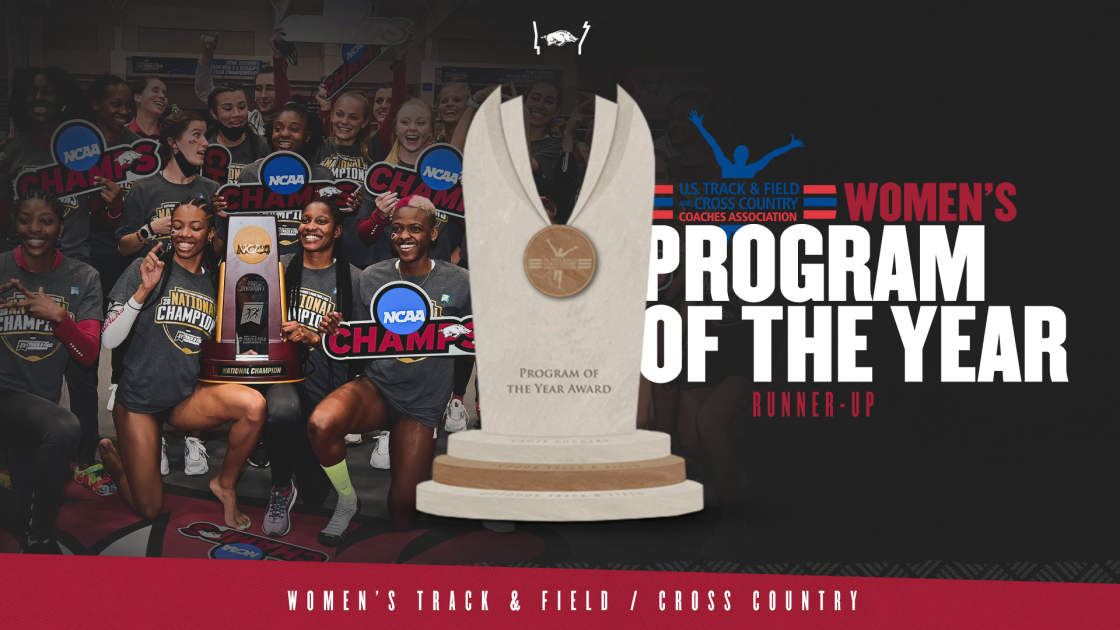 Arkansas finalist in Terry Crawford of the Year Program

NEW ORLEANS – Arkansas finished second for the Terry Crawford Program of the Year award, which is presented by the United States Track and Field and Cross Country Coaching Association, based on its result at all three championships national events organized this season.

“We’re constant and always in the conversation,” said Arkansas women’s head coach Lance Harter. “This season is the year I thought we would have a great chance. Unfortunately when we lost our sprinter to injury in the national outdoor competition it changed the opportunities for us as a team.

“I’m proud that we’re still in the top two or three because there are a lot of universities trying to be the program of the year. We are always a factor in these decisions. It’s very difficult to do it just once, let alone do it repeatedly, because there are so many good programs that try to do the exact same thing.

Since USTFCCCA launched the award in 2008-09, the Razorbacks have placed in the top three seven of the past eight seasons. After Arkansas won their first-ever women’s cross country title in 2019, the 2020 NCAA Championships for the indoor and outdoor track seasons were called off due to the pandemic.

“It’s a reflection of how our coaching staff divided the strengths of our program,” noted Harter. “We’re able to really focus and be competitive over the three seasons nationally. Especially in the age of specialization, we are a bit of the opposite of what most programs do.

After winning the National Championship while hosting the NCAA Indoor 2021 in March, two days later Arkansas competed in the NCAA Cross Country Championships, which was moved from its normal date in November, and moved on to ranked 10e. The Razorbacks recently finished 15e at the NCAA Outdoor Championships.

Arkansas’ total of 26 had the Razorbacks behind BYU for the first honor as the Cougars had a total of 18 for seventh place in the NCAA Indoor, winning the NCAA Cross Country and placing 10e at the NCAA outdoors.