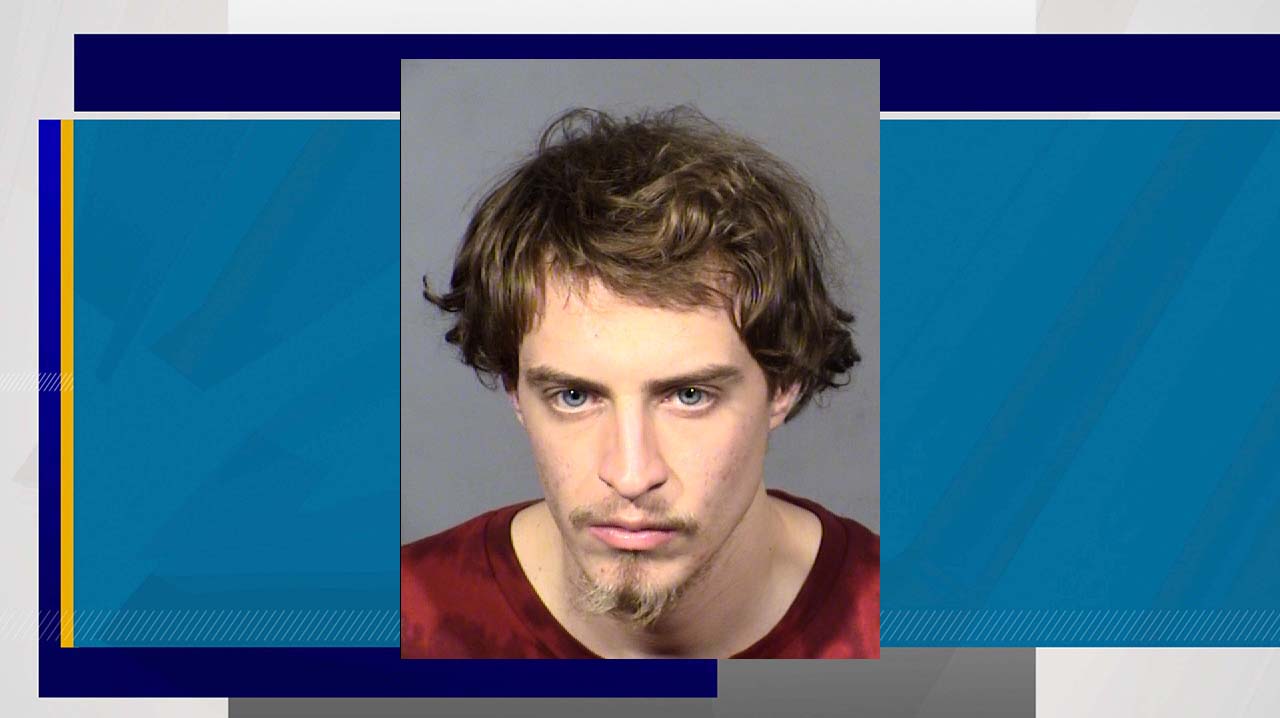 
LAS VEGAS (KLAS) – A 20-year-old man has earned the nickname “Happy Feet” from detectives investigating thefts from a Ross Dress for Less on Charleston Boulevard near Fremont Street.

Gregory Poe is charged with five counts of burglary after nearly $ 1,400 worth of clothing was stolen from the 1720 E. Charleston store in five separate incidents.

Poe, described as a passenger in a Las Vegas Metropolitan Police Department arrest report, is charged with stealing clothing worth $ 1,379.22. Detectives called him “Happy Feet” because he walked into and out of the store without any attempt to purchase items.

Surveillance video and statements from a loss prevention officer at Ross form the basis of the case against Poe.

The suspect “ignored the employee at the front door” and committed the thefts on consecutive days. In one case, employees said he appeared to be under the influence.

Poe was arrested after Metro police followed him using a helicopter, eventually making the arrest near S. 16th Street and Curtis Drive, just west of the store.

According to the information provided by the Loss Prevention Officer,

Most of the items were shirts, pants and shoes.

A Clark County Detention Center reservation log also lists one count of robbery and a charge of misrepresenting or obstructing a police officer.

Poe is due in court on Tuesday.

Fashion podcaster accused of anti-Semitism: “I owe the Jewish community an apology” | JTA