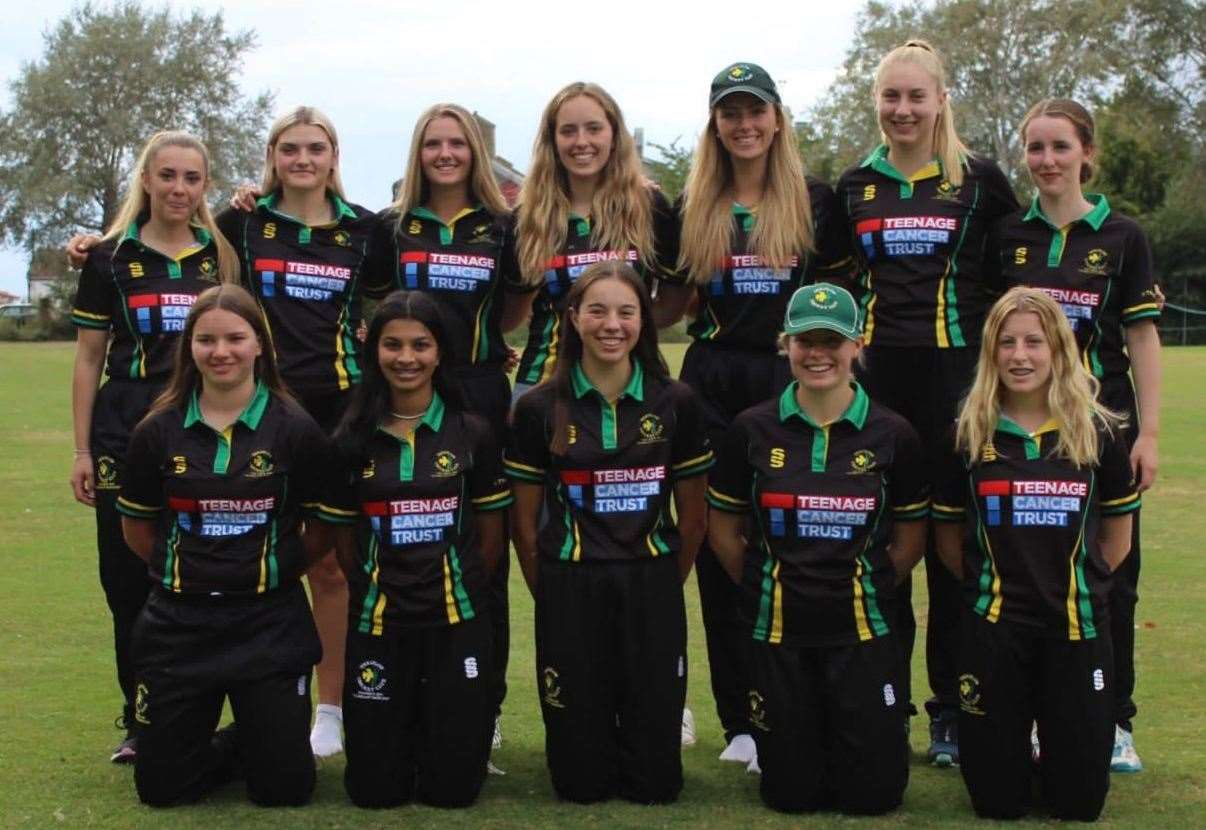 Lara Neild described an incredible season for Thriplow after they became the first winners of the Women’s East Anglian Premier League.

They started their match against Copdock & Old Ipswichian on Sunday knowing that victory would seal the title in the league’s first full inaugural year – after a truncated campaign in 2020 – and they did so with a 10-wicket success.

“We had a bit of pressure on our shoulders,” said Thriplow captain Neild.

“We had done pretty well during the season and had a lot of confidence with a strong squad, but you never know what the opposition will look like and how you’re going to play that day, so that was good.”

The league title added to the success in the national T20 plate competition, and the second team also won their league.

“It was pretty amazing – I think that sums it up the best,” Neild said.

“We won absolutely everything we wanted and more with the plaque competition. It was just very satisfying from my point of view. Both also dominated their championship, so we won everything we participated in.

“It’s a bit of a shock. I think it will take at least a few days to determine how much of an achievement this is for the club.

“Looking back eight years ago, starting with relatives and friends of friends, people who had never touched a cricket ball while playing, to suddenly get this team eight years later that won the ‘EAPL and the T20 club competition. It’s very exciting and we hope it will last as long as we can. “

Thriplow is certainly in a good position to ramp up with a very young side on the club’s women’s side.

“We have a huge number of young players coming in, and they’re scoring hundreds for their county age groups and taking tons of wickets so we’ve got really good depth in our squad,” said Neild.

“It will be more and more difficult to choose an XI for the first team next season. We hope to progress in seconds and be even more competitive than this year, despite the victory in the league. “

She added: “It’s very exciting for Thriplow in general to see all the progression and all the girls we’ve used this season in the team’s first win, in particular. Looking at the development of the club in the future, I hope we can continue it for years to come. “

Copdock and Old Ipswichian won the toss and went for it with some early limits, but Bea Routledge and Sophia Pearson quickly made inroads.

The visitors quickly fell to 42, with Pearson finishing three for 19, Issy Routledge taking two for 3 and more wickets for Isabella James and Georgia Wynne-Jones.

Thriplow needed less than five overs to overtake the total, thanks to Issy Routledge and Sirisha Gorantla to cap off a superb season.

This contributes to a successful season for the whole club. All three men’s teams have been promoted; the first team finished second in the ACC Junior League, Division One South, the seconds beat Ashdon by nine wickets for second place in 3S, and third were finalists in 5S, and the second female team won the western division of the two counties T20.

“While winning isn’t everything, it has been a fun season and we all enjoyed our cricket,” he said.

“The teams all support each other when they can and we are a club off the pitch like on this one. Our next wave of juniors is coming so we hope to be able to be able to be competitive in the top men’s leagues that we will be in next season.

“All of the teams have included players who have come through the club’s junior sections and the successful blend of youthful energy with experienced ‘old sages’ is at the heart of the club’s philosophy.”