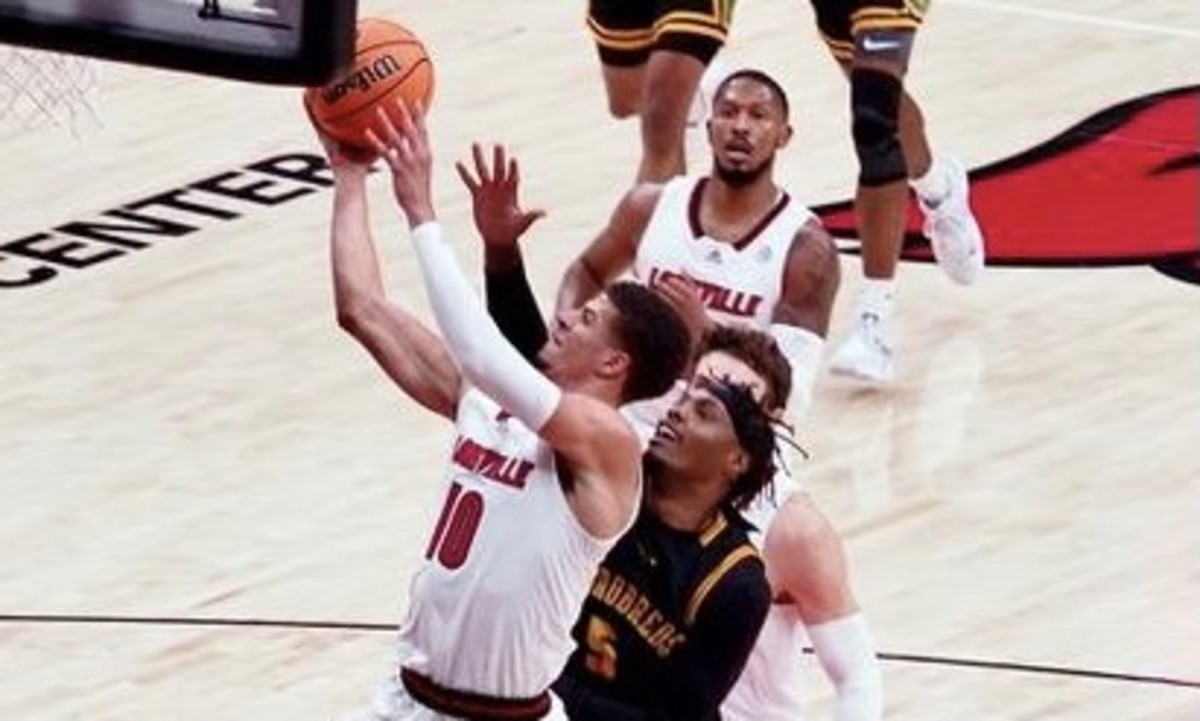 LOUISVILLE, Ky. – Much has been done about the efforts of the Louisville men’s basketball program to revise their offense this offseason. The Cardinals have called in assistant coach Ross McMains to help them restart their slow pace, as well as several newcomers to help them with their poor three-point shot.

We had a semblance of these changes during the program’s red-white scrum earlier this month, but it wasn’t completely indicative due to the scrum format.

When Louisville kicked off the exhibition match at KFC Yum! At center Friday night against Kentucky State, we really got our first glimpse of the Cardinals’ new look offense – and it was markedly different from last season.

From the jump, they played a much more noticeable agitation. Of course, this was helped by an overall increase in the team’s athleticism last year, but there were rarely times when Louisville slowly brought the ball onto the field – whether on a shot or an offensive rebound.

Then, once the ball was brought to its end of the ground, you could see the re-equipped system playing out in real time. The spacing between players – both in the half-court sets and the quick counterattack – has improved a lot compared to last year, and ball movement was much more frequent.

“I thought our spacing was really good,” said head coach Chris Mack. “If you have obstructed spacing, the pilots are going to blow the ball up and fall on their teammates because of where we went apart. I thought that was a byproduct of that.”

As a result, the Cardinals were able to score from anywhere on the pitch. They shot 46.3% from the field – including 57.1% in the second half – connected on 35.7% of their three points and made 34 free throw attempts.

The faster pace also meant plenty of additional opportunities, as one would expect. Average of 67.2 possessions per game last season, which was good for the 320th in Division I, Louisville finished the night with 78.

The increased depth of last season’s squad also kept them cool throughout the game. No player saw more than 23 minutes on the pitch, which allowed the Cardinals to score on 43 of their 78 possessions, or 55.1%.

“We try to take every opportunity once we have the ball, whether it’s a successful shot or a missed shot and that doesn’t happen if we run up the ground,” said Mack. “So we’re spreading out. And trying to get to the corners, we’re trying to play on the spacing and try to reduce the transition as much as possible.”

Noah Locke finished with a high 15 points, taking advantage of the increased spacing to sink a pair of three and five free throws. Jae’Lyn Withers and Samuell Williamson also stood out, as they both achieved double-doubles, the former posting 14 points and 15 rebounds, and the latter 13 and 10.

Yet there is still work to be done. Louisville only shot 13-22 on layups and returned the ball more than 17 times. While only Matt Cross has had more than two turnovers and Mack is willing to live with a few turnovers due to the increased pace they are playing now, he still wants to clean that area.

“There’s a difference when you have an aggressive turnover, guys trying to widen the gap, making a game, versus the casual turnover,” he said. “We’ve had far too many occasional turnovers tonight. These need to be eliminated.”

Of course, at the end of the day, it’s hard to learn any truly meaningful lessons from an exposure played against a Division II opponent. The new attack certainly looks promising, but Mack was a bit disappointed with the overall halftime effort and wants to see that improve as well.

“We have a long way to go,” he said. “I knew I would say this regardless of the outcome, but we are a work in progress, like a lot of teams at this time of year.”

After a bumpy start, the new-look Ottawa 67’s have found some chemistry