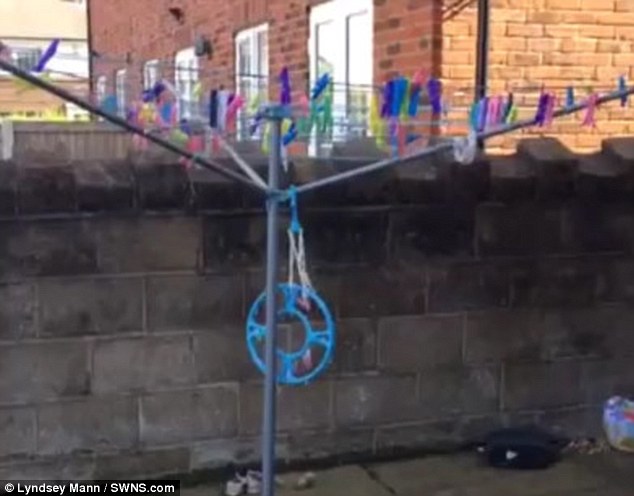 A mother claims to have filmed a poltergeist violently shaking the clothesline in her garden.

Lyndsey Mann, from Armthorpe, near Doncaster, filmed the spooky clip on her mobile yesterday afternoon which shows her dryer shaking on a calm, clear afternoon with no apparent signs of cause for the movement.

Now Mrs. Mann, who has finally fled inside, is wondering if it was a ghost that caused the strange events.

The clip begins with the filming of the petrified mother in the garden after what appears to be an earlier encounter with the rattle of the dryer.

In the video, which has been shared and viewed over 2,000 times on Facebook, Ms Mann says, “I think it’s stopped now,” but is urged by an off-camera voice to be careful when she approaches. of the washing machine, which was loaded with pegs.

In the video, she then said, “I don’t dare go near it anymore. Oh my God, it’s weird. It’s not even windy.

The camera then pans over the evergreens in a nearby garden, showing that the branches are not moving.

The dryer moves again and she says, “Should we call Ghostbusters?”

Someone else suggests that the shaking could be the result of an earthquake or a mole, but Ms Mann replies: “A mole surely wouldn’t be that strong and if it did. was an earthquake, we would feel it. “

The dryer starts to rock violently once more and Lyndsey decides she’s seen enough and tells everyone to come inside.

She says, “I’m shaking. I don’t even believe in ghosts. 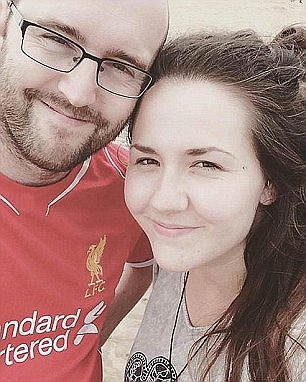 Lyndsey Mann (right), from Armthorpe, near Doncaster, filmed the spooky clip on her mobile yesterday afternoon

‘I do not know what it is. Come in, it’s horrible.

Posting the video on social media, Lyndsey asked her friends for suggestions on what the move could be.

One poster, Sarah Vernon, believed the shaking may have been caused by redundant work at a nearby coal mine while another suggested the dryer was being pulled by an invisible fishing line.

Speaking about the incident, Lyndsey said: “It was near Paxton Crescent where an old church was located.

‘My mother and I [were] there as well as my daughter and my nephew and we were very scared – I was shaking.

“It lasted about five minutes. It all started when I was filming my daughter and nephew live on Facebook on the trampoline.

“I have no idea what it was, it’s only on a ground stake.

“People think it was a mole but the movement was way too violent to be a mole, I don’t believe in the paranormal but that seems the only option. I’ve never seen anything like it. 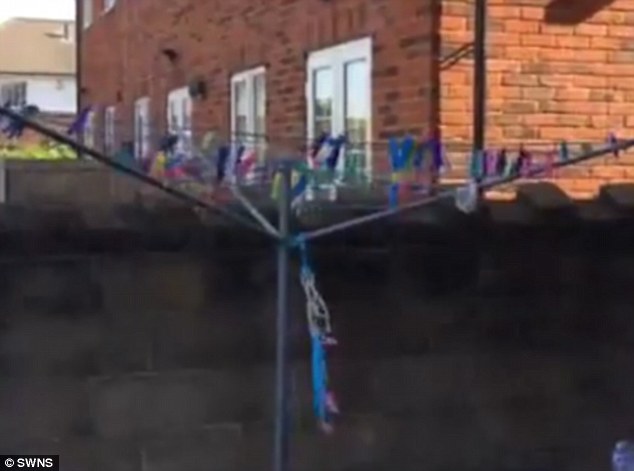 Now Mrs Mann, who finally fled inside, wonders if it was a ghost that caused the strange events