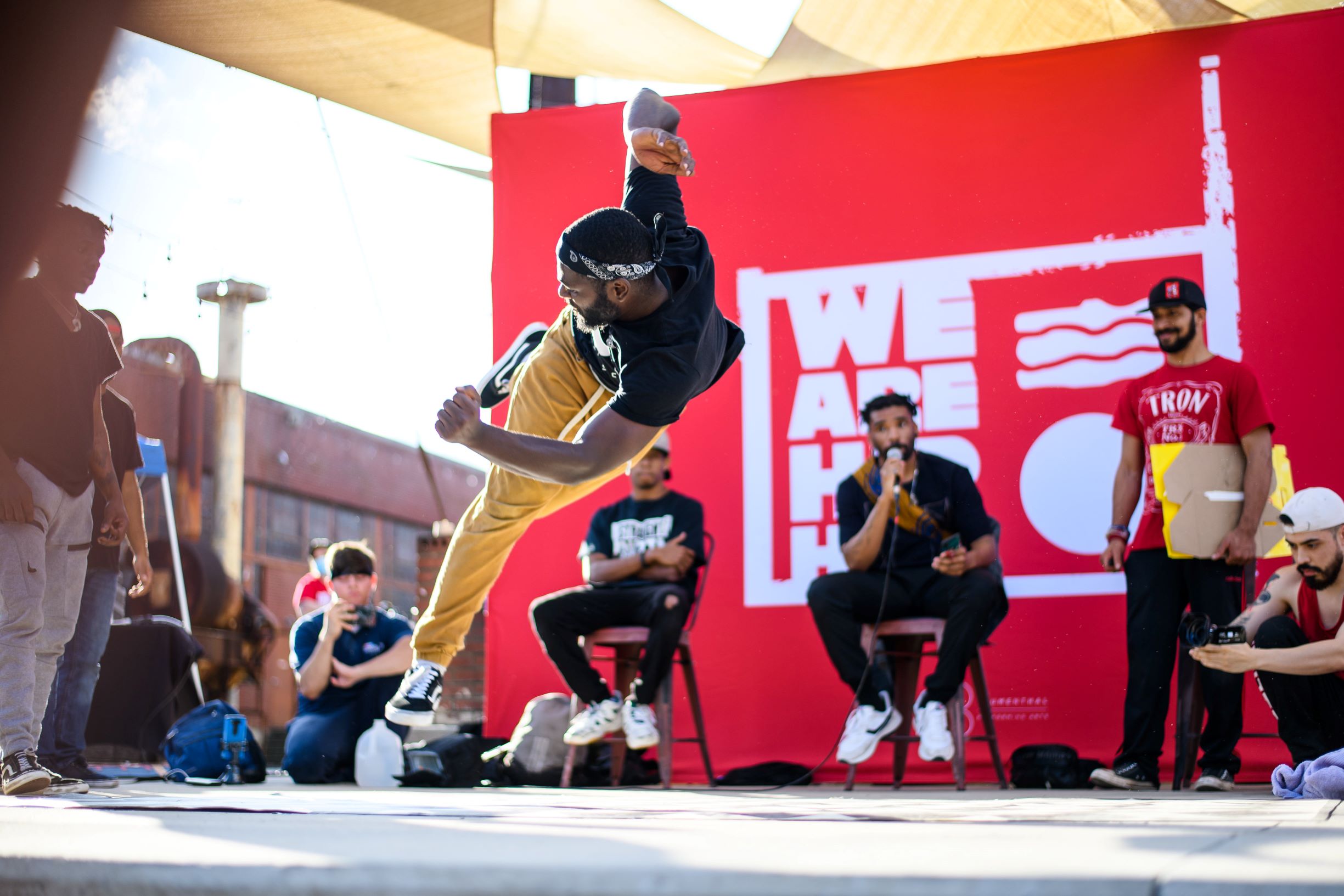 The pandemic has not prevented Blumenthal Performing Arts from achieving its goals. Over the past year, the arts nonprofit – with the help of new staff members – has worked to expand its reach in the community of Charlotte.

“Blumenthal, throughout his nearly 28 years, has always sought to be a home for a wonderfully diverse variety of creativity,” said CEO Tom Gabbard. “I think the death of George Floyd sparked some really healthy thinking and assessment of how we could do better, despite everything we’ve done in the past, to be this diverse and inclusive place. “

For Blumenthal, that meant finding new ways to be more inclusive through his leadership and programs.

Although the pandemic has forced downsizing, Gabbard said he was determined to make progress. In September, he hired Boris “Bluz” Rogers as Director of Creative Engagement, a new position within Blumenthal’s programming department designed to help create, develop and launch new programs. The Emmy-winning poet partnered with Blumenthal on events, such as his poetry slams, for nearly 15 years before officially joining the staff.

In addition to the new programming, Blumenthal created the position of Community Impact Manager to expand the reach of Blumenthal’s partnerships and educational initiatives with particular attention to diversity, inclusion and equity. Singer and music educator Dawn Anthony was chosen earlier this month to take on the role.

But why create this post now? Anthony said the past two years have prompted an overall shift in the narrative.

Prior to joining the Blumenthal team, Anthony assisted Blumey Awards musical director David Dabbon with the 2021 Blumey Awards which aired on PBS Charlotte in May. She also published her first children’s book in 2018 and is a music educator for her own organization, DNAMuzic.

Anthony plans to expand Blumenthal’s educational footprint by increasing community discussions. These conversations, called Community Cues, bring the perspectives of under-represented communities and local organizations to the table. The first Community Cue connects the topic of mental health to coincide with the new exhibition “Immersive Van Gogh” – artist Vincent Van Gogh has struggled with mental health issues throughout his life. This conversation will take place on June 22 at Camp North End for Educators and the Arts Educator Network.

“He’s someone who brings artistic sensitivity to the situation,” Gabbard said. “She cares deeply about art and access to the arts. She is exactly the kind of team member we like to have at Blumenthal.

Gabbard said Bluz was a perfect addition to the team as well, encouraging him to experiment with programming.

“You just have to try out some things and see what works and what doesn’t, what affects people, and in particular, what makes people want to be together and explore,” Gabbard said.

Most of Bluz’s programming focuses on bringing local artists to Blumenthal, providing them with the organization’s vast resources.

“It’s really just being a good community partner,” Bluz said. “We have the resources, we want to help you, just tell us what you want. If you want our suggestions, we’ll give them to you, but first of all, what do you want?

Her first event was “Revive the Vibe,” a one-day concert at Victoria Yards and Spirit Square Plaza in October. He went on to organize Blumenthal’s first hip-hop festival, We Are Hip Hop, which was held at Camp North End. With the festival’s success, Gabbard said it is now called the Charlotte Hip-Hop Festival.

Accessibility is important to Bluz, and it strives to offer free programming as often as it can. Last year he launched Uptown Sweat, a free fitness class with a wide range of activities from yoga and salsa dancing to Dutch doubles. It also strives to bring different cultures to different parts of the city.

“Because that’s where Charlotte falls apart – sometimes we’re so creatively separated that we’re not going out of our neighborhood to do something fun,” he said.

Bluz sits on the board of directors of The Brooklyn Collective, an organization that works to preserve the legacy of the old Brooklyn neighborhood in Charlotte, which is now the Second Ward of downtown Charlotte. Blumenthal has hosted several events at Brooklyn Grace Church, including a monthly music showcase for local artists called Acoustic Grace and a free poetry workshop called The Atelier at Grace which was held last May.

“The past year, and the things that have happened with the injustices for people of color and inequalities, makes my idea really think about the resources black people don’t normally have,” he said. “This job is my chance to really open the floodgates for everyone.”

Dawn Anthony is also focusing on accessibility, with more opportunities for residents to attend Blumenthal events, including offering free or subsidized tickets for educational groups and arranging transportation for visitors who have not. the resources to get there. She also hopes to strengthen Blumenthal’s relationships with community partners such as Freedom School Partners, International House and Girls Scouts Hornets’ Nest.

“One of my goals is to diversify the experience of our community,” she said. “I want to have conversations with communities that you don’t often hear about rather than bringing in people from New York and California, and really dig into the grassroots organizations that are here and broaden that conversation.”

With Anthony and Bluz on the Blumenthal team, Gabbard said he’s excited to see what future lineup they bring to Charlotte.

History of fashion: Creator of dreams, Christian Dior and his “New Look”

Dover NH waterfront residences, plaza, a new look at the development of Cochecho