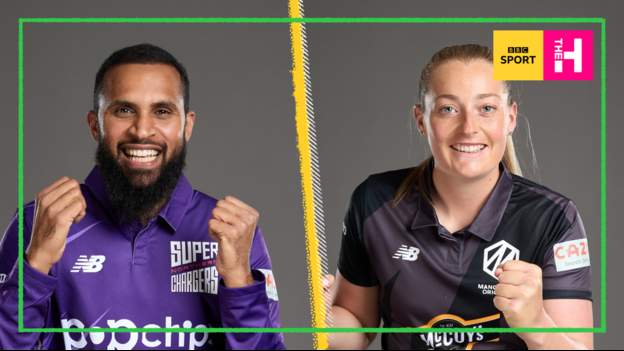 
England’s World Cup winners face off, two great cricket minds team up for the first time and gender equality – The Hundred, which kicks off this week, promises a lot.

As we count down to the opening match of the competition, which will be broadcast live on BBC Two on Wednesday at 6:00 p.m. BST, BBC Sport has asked six of its pundits what they are passionate about about the new cricket format.

What I can’t wait to see are the English players – the best cricketers in the world right now – go head to head.

You are going to have great friends who will create rivalries. I’ve played red ball cricket against my teammates a lot and it’s all about trying to take one off them, so it’s happening in the locker room.

The players will have spoken about it during their recent series against Sri Lanka and Pakistan. They will have chosen the dates when they will play against each other. These matches are going to be interesting to watch.

I hope to see Jofra Archer bowling against one of England’s first hitters. When you get such explosive hitters against someone of that pace and ability, it makes for a great viewing.

To see men and women sitting side by side under the same banner is fantastic. It is essentially a big family.

I’m excited about the buzz around the pitch and the element of broadcast – how do we bring out the different personalities of the national players who may not have had the chance to shine elsewhere?

Then there is this partnership between Eoin Morgan, the captain of the London Spirit, and Shane Warne, their trainer.

You have England World Cup-winning captain Morgan and Australian legend Warne, who I think has one of the best cricket brains in the world.

Warney is a cricket badger. He loves his cricket and loves figuring out how to gain an advantage over the opposition through tactics.

Foreign stars bring a lot to tournaments, but when you have your local English players competing against each other you don’t see that too often.

The Indian Premier League has been a success because of the flamboyance it brings, but because Virat Kohli is playing against MS Dhoni it’s a great sell.

In this tournament you have Ben Stokes against Joe Root, Mark Wood bowling against Jason Roy.

I get the best of both worlds for staring in and commenting on The Hundred.

To be a pioneer, to play in the first game on Wednesday, I can’t wait. It’s new and no one knows what to expect.

It will be a privilege to play this first game.

There is a buzz around our team’s WhatsApp groups – all players are excited. Our foreign players, Lizelle Lee and Mignon du Preez, are in quarantine in Croatia and are delighted to come.

They printed T-shirts for everyone! It is something new and something to look forward to.

I can’t wait to take on some of the best players in the world at home – hopefully in front of some really good crowds.

I think it’s gonna find new stars and you’ll see a lot of guys make names for themselves.

In addition, I had the chance to work with Mahela Jayawardene when he was a foreign player in Sussex and now I look forward to working with him as coach of Southern Brave.

Of course, I support us to win. We have a strong, fast bowling attack that I can’t wait to be a part of, and we’re stacked up throughout.

I can’t wait to see how players adjust to the new format – in particular, how the tactics play out with bowlers capable of throwing five balls or 10 balls in a row.

The first two games will be a testing process, but there are some renowned coaches and captains.

It won’t take long for them to find their own style that suits their side.

Everyone says Twenty20 is all about the bat, but history tells me that the teams with the best bowling unit will win.