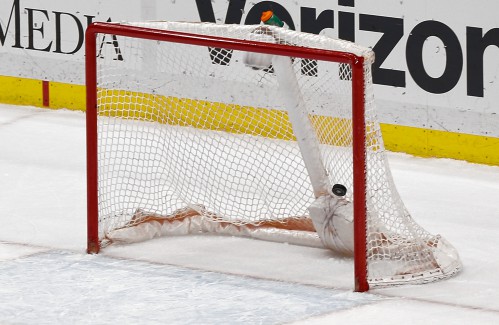 NEW YORK – The Premier Hockey Federation has reached a deal to make ESPN + the exclusive venue to watch games in the United States this season, a big step forward for the women’s hockey league by putting all of its games on one platform -form.

The agreement covers 60 regular season games for the new National Women’s Hockey League as well as the Isobel Cup playoffs. The season opens on November 6.

“This is a tremendous opportunity for PHF and more importantly for our athletes who deserve the visibility that a large network can provide,” PHF Commissioner Tyler Tummnia said in a statement on Wednesday. “The partnership with ESPN + is a milestone in our history as we continue to develop the sport with a platform that will present our new era to a wider audience with an improved standard for how our games will be delivered. “

Each of the league’s six teams – the Boston Pride, Buffalo Beauts, Connecticut Whale, Metropolitan Riveters, Toronto Six and Minnesota Whitecaps – will face each opponent four times in the regular season.

The PHF said the 2021 season produced a record number of viewers and digital engagement as part of its second year in a streaming partnership with Twitch.

“It’s historic for us,” Tummnia told ESPN. “ESPN is becoming the homeland of hockey, isn’t it? We all wanted to be a part of it. “

The league’s switch to ESPN + comes as the cable sports giant returns to broadcast NHL games this season.

“The Premier Hockey Federation is an exciting and promising league that we look forward to bringing to hockey fans in the United States exclusively on ESPN +,” said John Lasker, vice president of digital media programming. “As the best professional women’s hockey league in North America, the PHF is a great addition to our growing line of hockey on ESPN +, which now includes both NCAA men’s and women’s hockey, the Continental Hockey League. Europe and Asia, and over 1,000 NHL games this season.