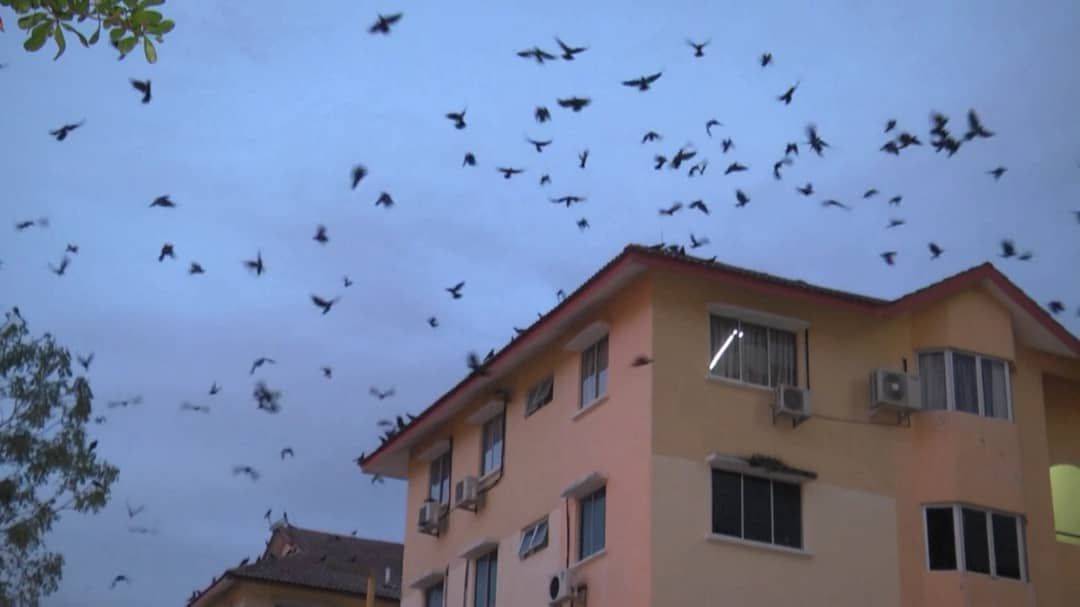 MELAKA: The raven threat in the state has worsened.

The crows not only tear off underwear but also chase tourists with their droppings, says a city councilor.

“Tourists visiting the Dutch-era Stadthuys complained of being ‘bombarded’ with the droppings, some even had their faces covered in bird droppings,” he said in an interview on Sunday 1st. December.

Tan said the sidewalks at tourist sites and cars were also slippery with a layer of bird droppings.

Earlier this year, Tan shared concerns from residents of high-rise apartments in Kota Laksamana that panties placed on clotheslines were stolen by crows.

He said the threat of crows was not only confined to Kota Laksamana, but has now become a major problem for the Klebang coastal tourist site here.

The chairman of the National Housing, Local Government and Environment Committee Datuk Tey Kok Kiew said various measures were underway to tackle the threat of the raven.

He said the historic Melaka City Council (MBMB) had placed additional workers in Dataran Klebang to clean up bird damage as well as to clean up leftover food.

Tey noted that MBMB, along with Rela, had slaughtered 2,290 crows since the start of this year.

He said the state government has also opted for an ultrasonic bird repellent device as a new method of managing the crow population.

“We will put the device on trial to assess its effectiveness before placing others in identified locations.

“A single device can produce vibrations to cover a large area,” he said.

Tey said the sound vibrations keep the birds away.

He added that bird droppings created a health hazard and required expensive cleaning. Therefore, the state government wants to tackle the problem immediately.