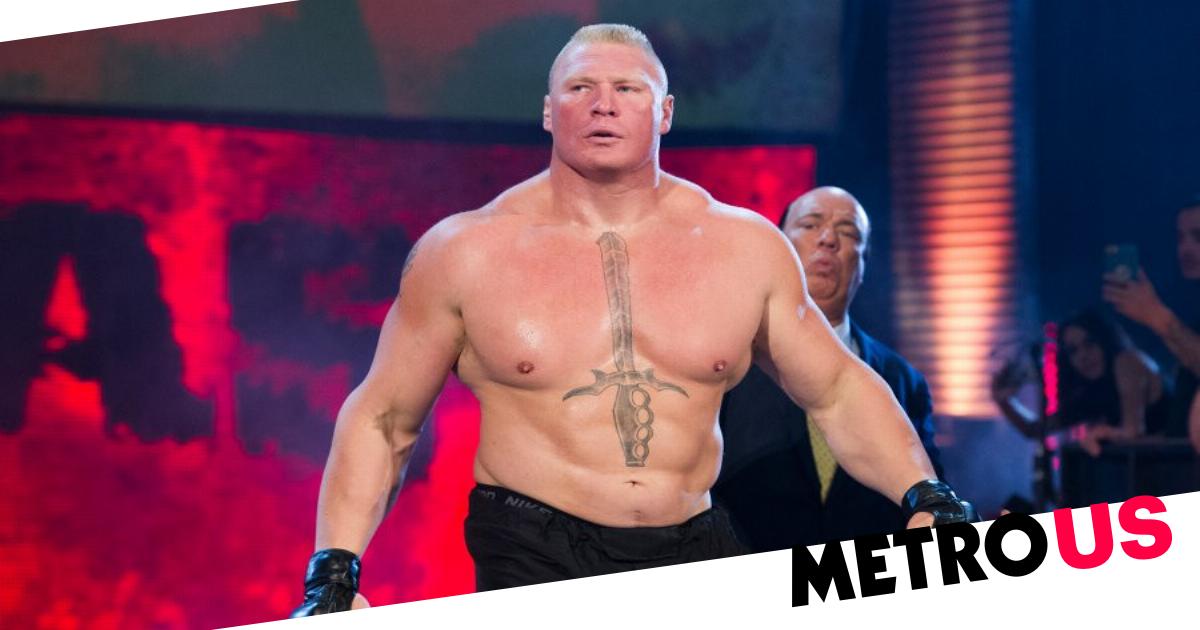 WWE SummerSlam: Brock Lesnar looks more ripped than ever with a new look

Brock Lesnar is back in WWE and he looks absolutely ripped.

The Beast Incarnate made a shocking appearance at the very end of SummerSlam on Saturday night as he stunned the Las Vegas crowd and set his sights on universal champion Roman Reigns.

The former world champion also sported a different look, appearing with a full beard and ponytail while looking absolutely ripped – and sort of taller than ever.

Brock has shown different looks in rare public appearances during the lockdown, and he’s clearly been working hard to stay in tip-top shape based on this comeback.

His return and the fact that his focus is clearly on the Tribal Chief will mean great things to SmackDown with the Blue Mark sure to benefit from the injection of energy and excitement.

It will also be fascinating to see where Paul Heyman’s loyalties lie.

A few weeks ago, Brock was seen in a photo shared by The Bearded Butchers – the hunting and cooking duo Seth and Scott Perkins – after filming a video on their YouTube channel and looking very different with hair longer and a goatee.

They teased at the time, “Brock Lesnar is coming back with a NEW LOOK and he’s hanging out with The Bearded Butchers! Full Youtube video coming to our channel. (Sic) ‘

WWE fans hadn’t seen Brock in a long time, with his last TV appearance in April 2020 when he lost the World Championship to Drew McIntyre in the main event of WrestleMania 36.

Since that night, everyone has been clamoring for a comeback – but fans weren’t too sure about her new look.

Another asked, “Is this real?

While another fan described him as “traumatic,” someone else compared Brock to Buddy Murphy after the recently released WWE star got seriously stronger after his recent departure.

Do you have a story?

If you have a celebrity story, video or photos, contact the Metro.co.uk entertainment team by emailing us at [email protected], calling 020 3615 2145 or by visiting our Submit page love to hear from you.

New Look’s ‘gorgeous’ floral midi skirt at £ 23.99 for anyone with ‘another wedding coming up’